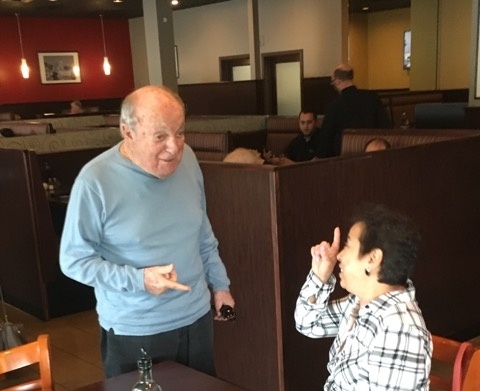 It was an impossible task but still everyone gathered a shared in their common bond; celebrating a friend and colleague at one last lunch before she sailed off into retirement. How do you wrap up 29 years of service in just over 60 minutes? Impossible. Yet that seems to be Silvia Hoblet's MO - doing the impossible.

in late April. 29 years and 22 days earlier, on her first day as payroll manager, Silvia barely spoke a word of English.

She was new to the U.S., having recently moved from Mexico, had two young children and was newly divorced. Not one for waiting for life to come to her, Silvia took the opportunity to make a new start. "Payroll is the same no matter where you go," she said. "And that is something I always liked to do. Everyone was so nice to teach me. It was hard, but I kept going and that was part of my growth."

Soon Silvia was also taking on more responsibility, eventually becoming Rex 3's Human Resources Manager while continuing as Payroll Manager. "They needed the help with this, organizing and getting a good system," she said. "In my mind I have nothing to do with arts, so it was very interesting to see different departments, how they get to the final product and so I was seeing how many people are using their talents to create something and build it."

Over the course of her career, Silvia went from hand-entered ledgers and carbon-copy forms to full digital and encrypted systems. At the same time, Rex 3 expanded its products and services, doubled its workspace and nearly doubled its workforce. The company embraced  technology as it positioned itself atop the commercial printing business in South Florida and beyond. Ms. Hoblet adapted at every turn, keeping step year after year after year.

At the luncheon, Julius Miller, the 94-year-old patriarch and founder, tried to get Silvia to stay on a bit llonger. 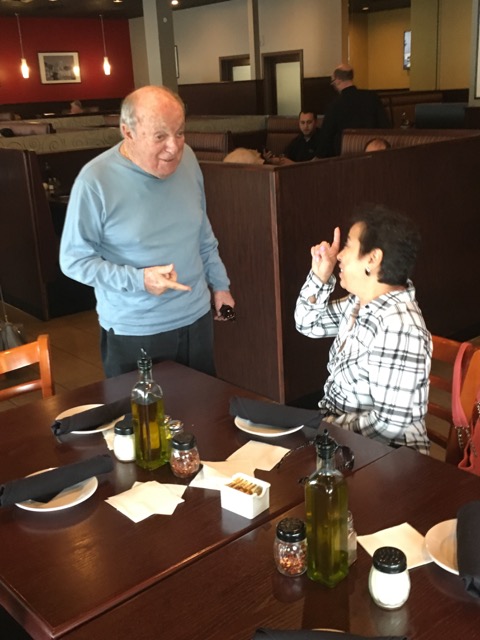 "Silvia, I'll make you a deal," he said. "You stay another 29 years and I will too." While she declined the offer, Silvia did thank Mr. Miller for the opportunity to work at Rex 3. That's where she met her husband, Billy. "That's the best thing you give me besides my job was giving me a husband. It was a new life altogether, coming to Rex 3."

After spending some time in Mexico with her extended family, Silvia will embark on the next stage of her life. Impossible? No, more like innumerable possibilities. "For so long my life has been just looking at the clock," she explained. "Now there is no clock, so I don't know what the future is but only that I don’t have anything in the back of my head that bothers me or I must do or have to do. Just open up and it's beautiful, the feeling is beautiful."